China has not disappointed again and, as with laptops, phones, televisions and many other electronics, this time it will offer competition. Chinese cars Geely recently introduced their electric tractor Homtruck. It plans to launch it in Europe, South Korea, Japan and North America. So it also targets markets where Tesla dominates. 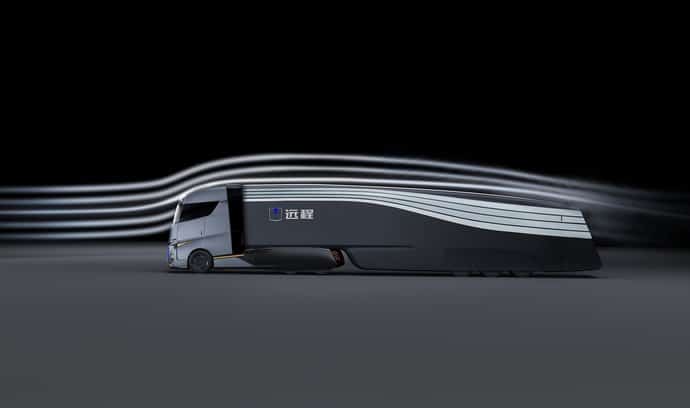 What can we expect from the Geely Homtruck electric tractor?

It is interesting that there are several variants of the drive. You will be able to buy a homtruck as a hybrid car with methanol fuel cells, or with a purely electric drive. The first option is very interesting because Geely has been investing in methanol-powered batteries for some time. Some passenger cars already use them.

The Homtruck battery will be replaceable. In the interior you will find everything that truck drivers need on the road, ie a single bed, refrigerator, kitchenette, small washing machine, shower and toilet. So traveling in Homtruck will be like taking home with you.

Until 2030 with autonomous management

Many carmakers, such as the German Daimler and the Chinese BYD, in which Warren Buffet is investing, have already announced their electric tractors. However, Geely Homtruck has great potential to compete with Tesla, as it focuses a lot on automated control. Already at the first launch on the market, the vehicle should partially offer autonomous control, and the carmaker plans to achieve full automation by 2030.

The current situation does not add much to the introduction of new electric cars, raw material prices are rising and there is a shortage of semiconductors in the world. The price of lithium is also a record. However, Geely is trying to find alternative solutions to microchips and is gradually solving problems.

Before we see electric tractors on Czech roads, take a look at our range of tractors.