Most of you probably have small, compact loaders associated with the Bobcat brand. Not to mention that almost every second loader in the world bears the Bobcat logo. However, the company also manufactures excavators, telescopic handlers and corresponding accessories. By the way, 80% of all Bobcat machines intended for the market in Europe, Africa and the Middle East are manufactured in the Czech Republic, specifically in Dobříš. 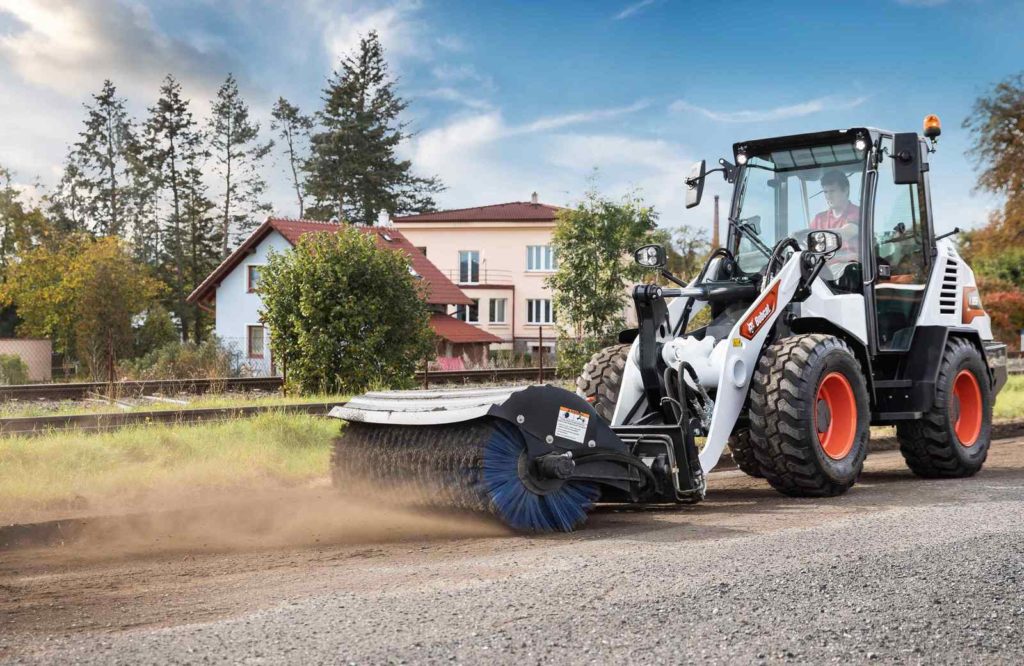 It started in Dakota

Although the name Bobcat was first used in 1962, the brand's historical roots go back to 1947. At that time, Edward Gideon Melroe founded the Melroe manufacturing company in Gwinner, North Dakota. He was mainly involved in the production of machines that facilitate work in agriculture: among others, it was, for example, a hay tedder or a cultivator, intended for loosening the soil.

After EG Melrow's death, his four sons and son-in-law Eugene took over the company. The company took a new direction after meeting with the Keller inventors from Minnesota. They invented a simple three-wheel loader for their neighbor, a turkey breeder, which made it easy to clean two-storey barns. The Melrows then bought the rights to manufacture the loader from the Kellers, worked on its design, and then introduced it as the M60: the world's first self-propelled loader.

It was followed by the M400 and M440 models, which were already moving on four wheels and were the first skid steer loaders. One of the company's employees suggested the name Bobcat (English lynx) for the M440, based on an animal that has strength, speed and agility. The idea was so popular that the whole company took the name and another model of the machine, the M444, was already created under the Bobcat brand.

The Czech role in the world company

The first Bobcat machines arrived in Europe in 1963. Since then, their popularity in the segment has only grown, culminating in 2007, when Bobcat set up its first production plant outside the United States, nowhere else than in Dobříš. The local campus is not only the brand's headquarters for Europe, Africa and the Middle East, but also an innovative center and training center for dealers.