The DC13 166 engine is already the fifth in a series of 13-liter engines of this brand. Despite being only a six-cylinder, it offers a respectable power of up to 540 horsepower. 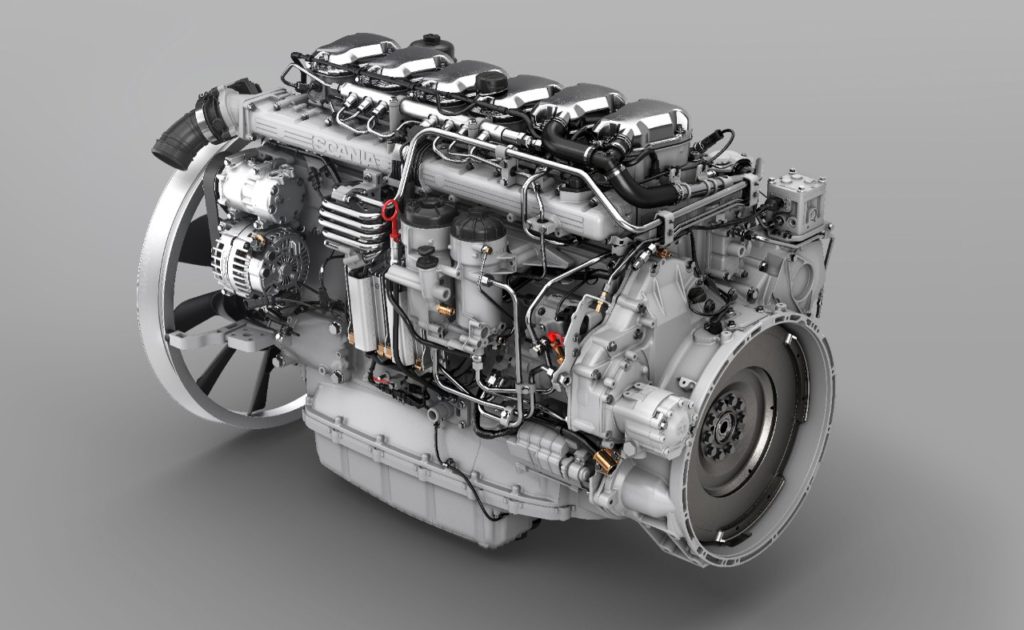 Although eight-cylinder tractors are impressive, not everyone can afford them and they are not suitable for every job. The new six-cylinder with an output of 397 kW (2700 Nm) is cheaper, lighter and also more economical compared to the V8 engine. Scania thus offers a solution for everyone who needs high performance at a lower weight or needs to balance the load on the front axle.

The new 370-liter engine will be used by smaller city carriers, which pay attention to low fuel consumption, as well as, for example, timber transport vehicles. The range of thirteen-liter engines with it consists of four of its weaker predecessors of 410, 450, 500 and XNUMX horsepower.

In terms of the technologies used, the new DC13 most closely resembles its 500-horsepower predecessor. The same is the case, for example, with a robust turbocharger with a fixed geometry, which uses ball bearings instead of radial bearings.

Like all other Scania engines, the DC13 166 is extremely powerful and economical. Torque of 2 Nm from 700 rpm allows anything between a quick change of gears and low-speed work.

The engine also shows excellent values ​​in terms of fuel consumption. The power-to-weight ratio also contributes to an excellent operating economy, which is further enhanced by other Scania services, such as maintenance contracts with flexible plans.